I started this build by researching other mantilla combs and interpreting the designers rendering into an achievable wire design. A printout sized to 4-1/2” was placed under a layer of plastic wrap on a homosote board. The shapes were then formed by curling 18ga. millinery wire around T-pins.  The wire shapes were attached to each other by hand sewing them with silamide thread. The whole thing was coated in glue to smooth out any frays and secure the thread knots. The piece was then painted gold. Sheer polka dot fabric was stitched to both sides. Lastly, the structure was sewn to a black comb.

The veiling was cut from a different sheer black fabric. A fancier trim with gold accents was hand stitched around the perimeter. Red and gold Swarovski HotFix rhinestones were added to the veiling and and wire frame as a final detail.

This was a set of 3 combs; mine is the back left. The other 2 were made by project lead, Joanna Koefoed. 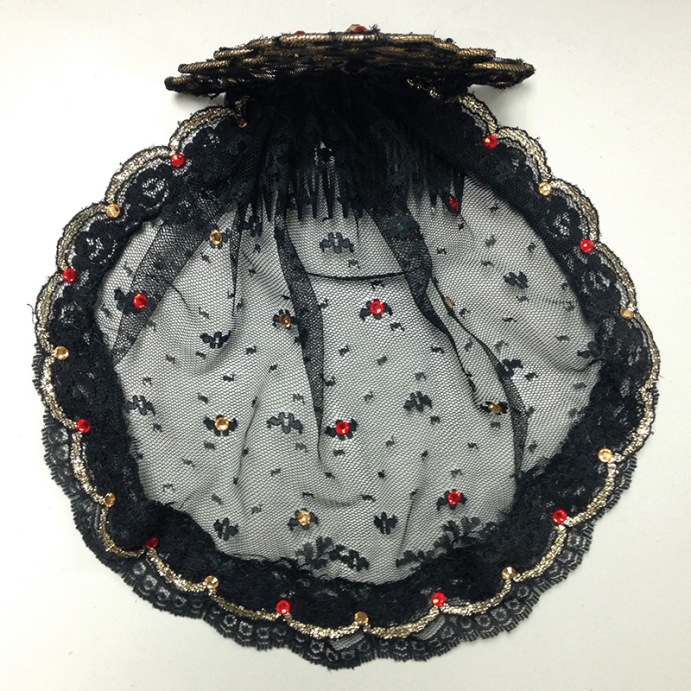